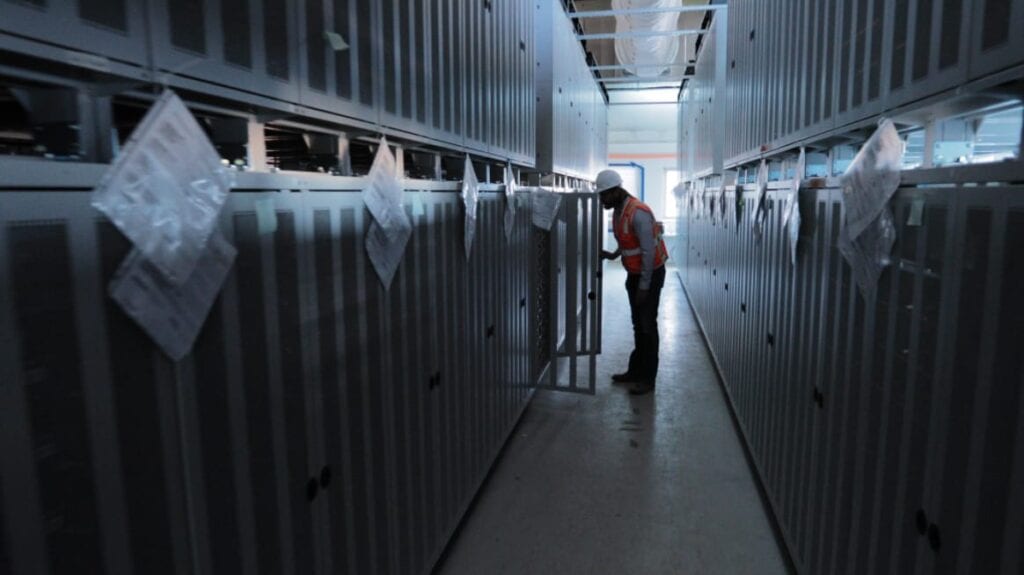 Energy storage installation grew nearly 200 percent and totaled an all-time operational record in fourth quarter 2020, according to a new report.

The report released by analytics and research firm Wood MacKenzie and the U.S. Energy Storage Association’s latest U.S. Monitor report indicated that about 2,156 MWh of new energy storage was brought online in the last three months of the year. This breaks the previous quarterly record and is 182 percent higher than 2020’s third quarter, according to the report. 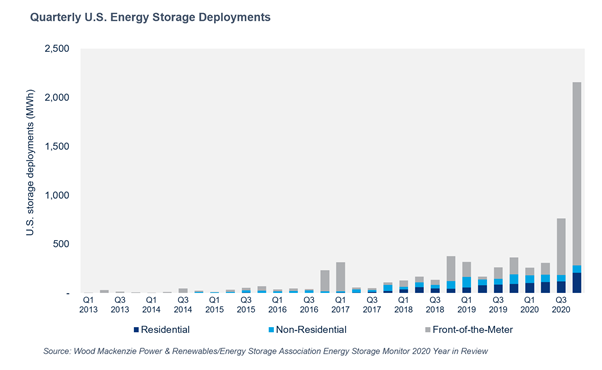 Falling prices and fewer barriers to energy storage deployment are credited with helping the quarterly revival. Front-of-meter storage accounted for four of every five MW deployed in the fourth quarter, according to report.

Residential storage totaled about 90 MW and represented 14 percent of the MW total during the period. Much of that growth was driven by homeowner interest in California, the ESA release says.

Overall for the year, nearly 1,500 MW of capacity and 3,500 MWh in new storage was brought online. The capacity total was 179 percent higher than the previous year’s installations.

“2020 is the first year that advanced energy storage deployments surpassed gigawatt scale—a tremendous milestone on the path to our aspiration of 100 GW by 2030,” said Jason Burwen, U.S. Energy Storage Association Interim CEO. “With continuing storage cost declines and growing policy support and regulatory reform in states and the federal government, energy storage is on an accelerating trajectory to enable a resilient, decarbonized, and affordable electric grid for all.”

The U.S. energy storage market is forecast to add five times more storage—or close to 7,000 MW­—in 2025, according to the ESA.

Front-of-meter installation could account for up to 85 percent of new MW annually, as utilities deploy large-scale projects to help balance out intermittent renewable energy growth. The U.S. installed 3,115 MWh of storage from 2013-2019, a total which was exceeded in 2020 alone, Wood Mackenzie Head of Energy storage Dan Finn-Foley noted in a statement.

“The data truly speaks for itself,” Finn-Foley said. “This is the hallmark of a market beginning to accelerate exponentially, and momentum will only increase over the coming years.”

Decarbonization and Energy Storage Breakthroughs are two of the content tracks when POWERGEN International happens live Jan. 26-28, 2022, in Dallas. The POWERGEN Call for Speakers is open for submissions through May 17. Click here to see the tracks and submit a speaking session idea. Presentations which include utility speakers will be given added weight.